THE GASPÉ–PICARDY FOR PHOTOGRAPHY : Creative residencies under way

In the framework of the Franco-Québec cooperation project The Gaspé–Picardy for Photography, Rencontres is hosting French photographer Ambroise Tézenas for a creative residency from June 3 to 13, 2016. The artist intends working in the southwestern part of the Gaspé region, between Nouvelle, Escuminac and Matapedia–Les Plateaux.

Born in 1972, Ambroise Tézenas is a graduate of the École supérieure d’arts appliqués in Vevey, Switzerland. Demonstrating a special interest in social and environmental subjects, he works essentially on questions relating to landscape, be it contemporary, urban or historical. A photographer and author, he has a number of works to his credit, among them Tourisme de la desolation (Dark Tourism), published by Actes Sud in 2014.

His visit to the region is taking place as part of the France-Québec exchange residency program, in which Québec photographers Jessica Auer and Normand Rajotte are also participating. Hosted this past May by our partners from Diaphane–Pôle photographique en Picardie and from the festival Les Photaumnales in Beauvais, Jessica Auer has taken an interest in the forests of Picardy as a “reference to the romantic qualities of the woods that captivated 19th-century landscape artists.” Normand Rajotte, meanwhile, is in France right now, where he is developing a project on nature between the Hez-Froidmont Forest and the Sacy Marsh, in Picardy.

The work of these three artists will be exhibited in the fall of 2016 as part of the festival Les Photaumnales in Beauvais, France, and in the summer of 2017 in the Gaspé, at the 8th edition of Rencontres.

This project was made possible thanks to the Fonds franco-québécois pour la coopération décentralisée. 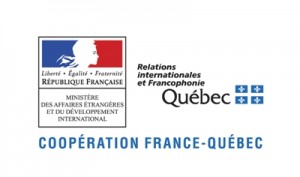